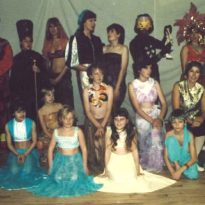 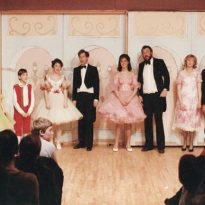 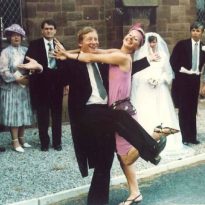 There Goes The Bride

Kingsley village decided to form a community association and began the task of building the community centre. The formation of Kingsley Drama Group (now known as Kingsley Players) came as a result of this.

The enthusiasts searched for grants, gifts, sponsors or any ways of raising money. So they thought of raffles, bring and buys, or any sponsored thing. And then with a flash and a bang, another idea crept in: lets do a cabaret, A CABARET? Yes, you know food and booze and a stage show.

So a cabaret, Kingsley style, sort of mediaeval, home grown, home devised, maybe with an odd professional to give a bit of class (one of the professionals was very odd and had to be dragged off stage or we might have been there for days!).

Soon a show was devised; the men were good at that; and organising props and things but what about the food? What about the waiters? We can’t afford waiters wages as well as food. This is where the mediaeval bit comes in; We can get wenches, you know girls in pinnies and mob caps, serving tankards of ale.

So who got the jobs? Of course you’re right, spouses and girl friends, willing or not (to be fair they were very willing and enjoyed themselves no end until after several shows they realised that there was more fun on stage than off!).

And that was when rebellion broke out. So the serving wenches suspended skivvying activities, pending negotiations as they say: Either we get a go on stage or you can serve the customers yourselves. And in no time at all they were on stage as a dance team. Oh, and guess what? They served the customers as well!!

The high spot came one evening with the dancers doing a fifteen minute non-stop dance spot using combinations of three and four dancers at a time all to different hat songs. Correction, not all were dancing because at the back of the stage one lone dancer sat, back to the audience, throughout the routine:

She’s got nothing on
She’s naked..

Oh yes she is!

As the song finished she stood and turned , and yes she was! But a large sombrero covered all but head and feet. 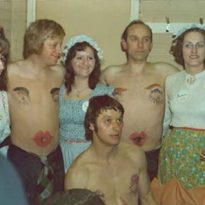 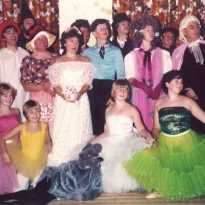 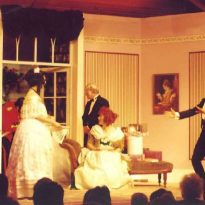 We also anticipated Madonna by years in another way different show: the curtains opened on another routine with the dancers in diaphanous blue floaty dresses under the hired UV lighting. They danced light-heartedly around the stage and their snow white bras and pants fluoresced prettily under this strange lighting (Fluorescent was a bit unusual in Kingsley at the time).

Well the money was raised and eventually the community centre was built and a number of people asked.. So what now with no rehearsals we’ve time on our hands. What do we do next? Well of course you’ ve guessed. Start an amateur dramatic society!

The first meeting of the group was in December 1976. The name was chosen at that meeting and a draft constitution agreed. It was agreed to do two plays and a pantomime each year. Among those present were Barrie & Lesley Speed, Beryl Paulson, Carol Smith, Kath Kerry, Audrey Boyle & Mary Lightfoot.

The first performance by the group was in April 1977 when two one-act plays were performed. 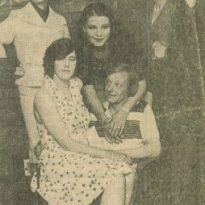 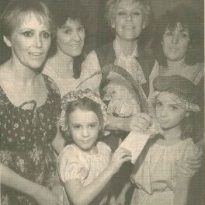 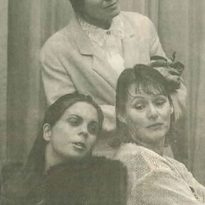 History of the drama group written by John Birtles.