‘Fantastic Mr Fox’ is a skilful adaption of Roald Dahl’s much-loved children’s novel by Sally Reid. This play received the famous author’s blessing and apparently he liked it so much, he personally sent it to his publisher.

Adult leader and production director, Jake Powell, said: “We have an enthusiastic cast of over 20 children and young people, aged seven to 18, who bring the well-known characters to life.

“This production promises to be a hit with those who have grown up with Roald Dahl stories, and those who are new to the world of Dahl!”

‘Fantastic Mr Fox’ will be performed twice on Saturday 25th March at Kingsley Community Centre, at 2:30pm and 7:30pm.

Tickets cost £5 and can be booked in advance through the website www.kingsleyplayers.co.uk or by ringing the box office on 07724 892154. 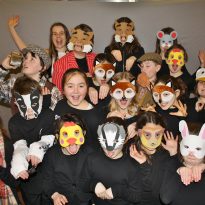 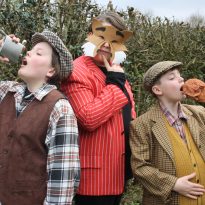